Oh boy, this is the card we have been waiting for. Not one, not two, but three title fights headline UFC 259, and the undercard is truly as good as an undercard can be. 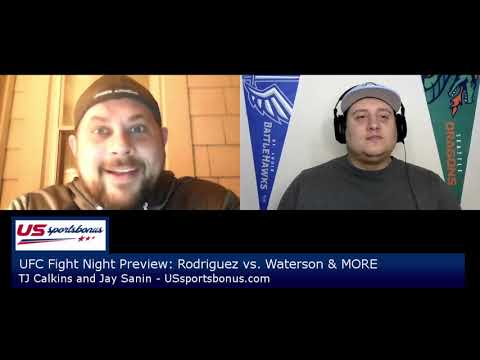 When we have Thiago “Marreta” Santos fighting as the opener of the pay per view portion of the card, it is the ultimate testament to just how stacked this card is.

Moreover, we have 15 fights in totality and that is just an MMA fan’s dream, especially considering the true power at the top of the card.

In regard to the three title fights, the Amanda Nunes vs Megan Anderson fight would not sell a pay per view well if it were a standalone headliner. Nunes is rightfully such a massive favorite and it is something of a foregone conclusion as to how that fight plays out.

The other title fights however, would truly sell. The main event that is a champion vs champion matchup is clearly the cream of the crop. We have middleweight champion Israel Adesanya moving up to light heavyweight to challenge champion Jan Blachowicz.

Additionally we have the bantamweight title on the line in a fight that truly could headline a pay per view on its own. Aljamain Sterling challenging champion Petr Yan in a pickem fight that should live up to the near pickem lined expectations.

We won’t have a play on either of the last two title fights, but make no mistake, this is a pay per view to tune in for. In the main event, Israel Adesanya will absolutely be undersized against Jan Blachowicz.

I expect Blachowicz to have a roughly a 35 lb weight advantage when they step into the cage, and Blachowicz will have a massive strength and grappling advantage.

Adesanya will be in true danger if he allows this fight to hit the floor, and it is a true worry against the capable and larger fighter. The Marvin Vettori fight from Adesanya might be telling in terms of the stylistic clash. Adesanya’s fight with Vettori was easily the closest of his career and Blachowicz compares favorably to Vettori. We will see a stronger fighter that brings more power and a grappling skill set and will not just accept Adesanya’s striking picking him apart at range. Blachowicz is an extremely live underdog, but I am not confident enough to throw a betting play at him. If playing the fight, taking Blachowicz ITD at +275 is the best value.

On the betting side, we will have five betting plays and they will all be flat plays. We won’t be chasing any huge plus figures this week, but we will have plays on four underdogs, albeit very slight ones in each case. Let’s get to who to play and additionally a prediction for each of the remaining fights.

For the bantamweight championship.