Is It Foolish to Bet on the Chicago Bears?

Two years ago, the Chicago Bears appeared to be a team on the rise. But then Mitchell Trubisky failed to improve in his second season, and the future grew darker.

Fans regained a little hope when the team acquired Nick Foles, but he was not a lock to start the season. Sure enough, he did not. So, when the season got underway, little was expected of the Chicago Bears in 2020.

But then, something unexpected happened. The Bears began the season with a pair of wins, one over the Detroit Lions (27-23) and the other over the New York Giants (17-13). As far as wins go, they were not impressive, but they count the same as ones that are.

Maybe there was hope for this team after all, even with Mitchell Trubisky at quarterback—then came Week Three. Against the dismal Falcons, Trubisky struggled to get the offense on track. So, the Bears turned to Nick Foles.

Foles went on to lead the team to three fourth-quarter touchdowns and the win. He struggled against the Colts (and lost, 19-11). But then they rebounded with wins over the Tampa Bay Buccaneers and Carolina Panthers.

With the Packers losing to the Buccaneers Sunday and falling to 4-1, the 5-1 Bears moved into first place in the NFC North. But is there any reason to think they will stay there? Could they win the NFC North…or maybe more?

Odds Still Do Not Favor the Chicago Bears

Despite moving into first, the Bears are not favored to win the division (+210 via FanDuel). That honor remains with the Green Bay Packers (-220), and it is not hard to understand why.

Aaron Rodgers has been phenomenal, and the Packers offense has been great (seventh in total offense; third-best scoring offense). While the defense has not been lights out, it has been good enough (13th in total yards allowed; 20th in points/game allowed).

However, their competition has not exactly been tough. The Minnesota Vikings are having a down year so far, and the New Orleans Saints have had some struggles. Dominating the Detroit Lions and Atlanta Falcons is not worth bragging about. Tampa Bay was supposed to be a signature win for them.

But instead, they got walloped– hard. 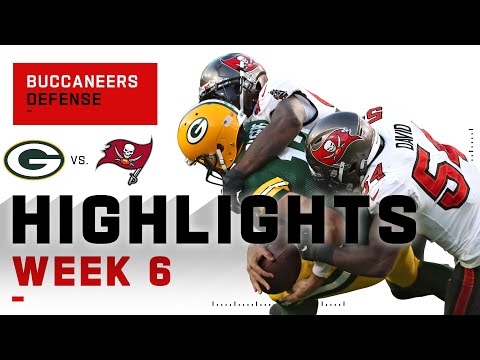 So, maybe, just maybe, the Packers are not as good as we think they are. That doesn’t necessarily mean the Bears can take them. Their offense is still one of the least productive in the league (27th in scoring with 21.3 points/game). They are only generating 312.8 total yards a game (28th) and struggle to run the ball (90 yards/game; 28th).

However, Foles has not been at the helm for long. Perhaps after a few more weeks working with the Bears No. 1 offense, they can become more productive. But even if the offense doesn’t improve, if the defense can continue to hold teams under 20 points/game, the Bears can still win some games.

That theory will be put to the test over the next month as the Bears take on the Los Angeles Rams, New Orleans Saints, Tennessee Titans, and Minnesota Vikings. Following their bye during Week 11, they face the Packers for the first time.

So—Should You Bet on The Chicago Bears?

However, taking them to win the NFC appears to be a good bet (+1200). So– does that mean you should bet on them?

The last time the Bears started the season with a 3-0 road record, they made it to the Super Bowl, which they lost to the Colts. That makes betting on them to win the Super Bowl a bad idea, although the payout at +2800 (odds via WilliamHill.com) would be nice.