Fight is at heavyweight and is -500 to end inside the distance. 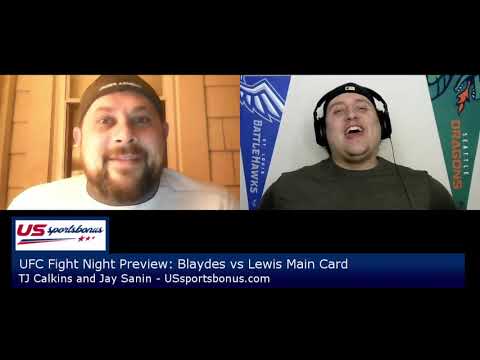 When we talk about striker vs grappler matchups, there are going to be very few instances in the UFC where we see one to this degree. These fighters are opposites in essentially every facet, and it is an intriguing matchup.

Chris Daukaus is a striker that has started his UFC career with two quick KO wins against low levels of competition. He does have power to be sure, but his skill set is one that does not have the appearance that it would hold up as his level of competition progresses.

It seems the matchmakers concurred and have fast tracked him to a matchup with a veteran that brings a unique skill set and Daukaus’ most difficult test to date, by far.

Aleksei Oleinik is a true veteran of the sport and brings a very unique grappling skill set that lower level fighters often have no answer for. Sure, he has been KO’d by some of the more dangerous strikers at the top of the division, but let’s hit the breaks on comparing Daukaus to the likes of Alistair Overeem, Walt Harris and Derrick Lewis.

It seems every time Oleinik gets moved up the ladder, he is unable to find the submissions that earned those opportunities. However, every time he moves back down the ladder and faces lesser competition, like this fight with Daukaus, he rebounds and secures another submission.

The betting line on this fight is a head scratcher for me, as it is simply too much respect for Daukaus and too little for Oleinik. With Daukaus already having been submitted in his young-ish career and facing a top three heavyweight grappler in the world, it is simple to see the most likely outcome in this fight. That outcome is an Oleinik submission win in this UFC Vegas 19 fight.