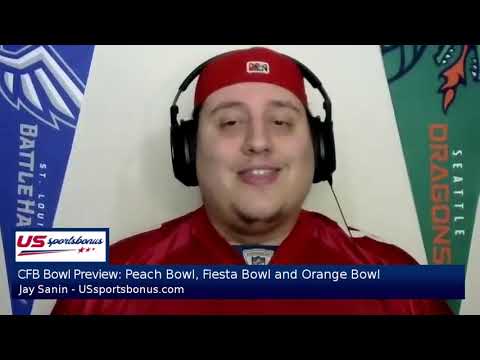 The 4-2 Oregon Ducks will meet up with the 8-3 Iowa State Cyclones on Saturday afternoon at 4:00 PM ET in the Fiesta Bowl. While other games couldn’t be played in their home stadium, this one will take place at the Fiesta Bowl in Glendale, AZ. The Cyclones come into this game as six-point favorites and we’re expecting plenty of points with a 58.5 over/under. You can tune in on ESPN. Let’s dive into how this game will go down and who will end up covering the spread. Make sure to check out the rest of our CFB Picks and Predictions as we will have every single bowl game covered.

When The Oregon Ducks Have The Ball

After starting the season 3-0 and looking like the clear best team in the conference, Oregon dropped back to back games to Oregon State and California. They then went into the conference championship and stunned the 13th-ranked Trojans. This is a team that has as much talent as anyone in the country when they just put everything together. They should have their ducks in a row after having over two weeks to prepare for this matchup.

Offensively, Oregon is headed by sophomore QB Tyler Shough. He’s been bad at times, but the overarching consensus on his season is a good one. He’s a dual-threat and is up to 1,480 passing yards with 13 touchdowns and five interceptions on top of 263 rushing yards and two more scores. When Shough isn’t turning the ball over, he has a ton of upside as a guy that can make any throw as well as beat you with his feet. He doesn’t have a favorite at WR, but Jaylon Redd is the only wideout with over 16 catches at 22.

Travis Dye and C.J. Verdell split carries in an offense that would love to run the ball 30 times a game. Verdell entered the season as the starter, but Dye has been more productive and he’s also the better pass-catcher (team-leading 4 TD’s). Look for the running backs to get involved heavily if Oregon ever gains a lead. They will want to keep the ball out of the Cyclones hands and this is the best way to do that. With all of that said, the Oregon defense must have a big game as this offense can’t keep up with Iowa State without some help.

When The Iowa State Cyclones Have The Ball

This Iowa State team is a talented one that has three quality losses on their resume. The Cyclones are coming off a loss to Oklahoma in a game that felt like they just ran out of time. The Sooners were the better team early, but Iowa State got their number and the second-half belonged to them. Against Oregon, Iowa State can’t sleepwalk through a quarter. The Ducks are more physically talented than Iowa State and the Cyclones must focus on sticking to their game plan.

Offensively, that means getting the ball in the hands of HB Breece Hall. I’ve been saying it for two years now that he’s one of the best backs in the entire country. He’s up to 1,436 yards and 19 touchdowns on the ground with another 170 yards and two scores through the air. Hall stands out athletically from others on the field and he can break this game wide open if given the ball enough. Don’t be shocked if he walks away from this game with 30 total touches.

Senior QB Brock Purdy hasn’t been perfect this season, but he’s still completed 66.4% of his passes for 2,594 yards, 18 touchdowns, and nine interceptions. When Purdy isn’t throwing it to the wrong team, this offense is as lethal as any in the country. His top weapon on the outside is WR Xavier Hutchinson, who’s hauled in 60 balls for 726 yards and four touchdowns. He’s followed by TE Charlie Kolar, who leads the team with six touchdowns on top of 538 yards. When the Cyclones get into the RZ, you can expect Kolar to be double-teamed as there are few in the country as solid there.

These teams are both extremely talented and I expect the Ducks to come out strong here. They will have over two weeks to prepare for this game and they are the more talented squad. They beat USC as underdogs in the conference championship and I wouldn’t be surprised to see them pull off another upset. Brock Purdy has taken a step back this season and the Ducks can force turnovers if they put pressure on him. When Oregon has the ball, they can beat you in a multitude of ways and they don’t turn the ball over nearly as often. While they have much worse losses than Iowa State, I am willing to blame the weird season and the Ducks just not getting their feet under them yet. They looked great against USC and I like them to make this game close throughout.

I like both of these teams to put up a lot of points in this game. While the defenses are talented, they have consistently been taken advantage of through the air. We also have two offenses that like to play fast and don’t give much time between plays. While these offenses aren’t necessarily prolific, they move the ball consistently and have phenomenal conversion rates in the RZ. While I do prefer the Oregon Ducks against the spread, I also lean the over here.