All you need to know about NHL Betting 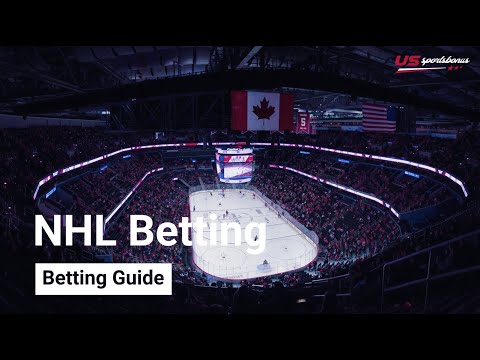 NHL is probably one of the most fun sports to bet on. Non-stop action and odds updating by the minute. Following NHL expert predictions is usually an intelligent way of increasing your chances of winning. They sit on tons of information and use betting strategies that have been improved over time after years of experience from NHL betting and DFS play. Their NHL picks are carefully selected and thoroughly analyzed.

To become a long-term winner on NHL betting, you need to have a clear strategy and stick to it. Keep your head cool if you are on a losing streak, and remember, sports betting is a game of chance and should be treated as such. Make sure you collect as much information as possible before placing your bets.

Sports Betting on hockey is typically done on the full game (regulation and overtime combined) via the moneyline (picking a team to win the contest) or the over/under on total goals scored. The most common alternatives to these are “pucklines” (where you betting on the spread between the two teams in the final result) and period bets (where you can wager on any of the three bets listed above, but for an individual period of play).

In addition to these in-game team bets, you can place wagers on player props, team points over/unders, and playoff winners. Most of the action surrounds the National Hockey League (NHL) based in the US/Canada, but professional leagues exist all around the world and there are some International competitions that are major draws, allowing the avid hockey bettor to find action at almost any time of year.

How to Bet on NHL

The moneyline bet is the simplest hockey bet out there. A bettor picks one of the two teams competing and wins their bet if that team wins the game. In the NHL, this bet includes the 3-on-3 overtime period and shootout, if necessary. Any bet that is based on regulation only will declare it as such or say “60-minutes” in the name.

The winnings of the bet will be proportional to the odds the bet is placed at, with 100 dollars or “units” being the standard: a “plus” money proposition (+150, for instance) means if that team wins as the underdog, you will receive $150 back on top of the $100 wager. “Minus” bets mean that for a given number (i.e. -170), you would need to bet that amount of money to win $100 on top of receiving your original wager back.

The Over/Under is like the Moneyline, in that it is a bet made on the whole game, overtime included (unless noted otherwise) with a “plus” or “minus” descriptor. For an Over/Under, you are betting on the total goals scored in the game. This number can be a whole number or a half number, but the most common numbers in the NHL are 5, 5.5, and 6. 5.5 is rather straightforward, as no matter which side of the bet you take, you will win or lose in a specific game.

If you bet a whole number, you are refunded your bet (a “push”) if the game results in exactly that many goals. One key thing to remember is that the winner of a potential shootout is credited with one goal at the conclusion but is not awarded a goal for every time they score in the shootout. The easiest way to remember this is to simply read the final score as it is officially recorded in the box score and add those two amounts together.

Very similar to points spread bets on NFL, NBA, etc puck lines will add an amount to a team’s final score, or remove that amount, depending on which team you bet on. This number is almost always +/- 1.5 for the NHL, which adds an interesting element of strategy for sports betting players to capitalize on. In addition to eliminating the importance of overtime (since the +1.5 team will always win in this circumstance), it adds a lot of drama to late-game situations.

Trailing teams typically pull their goalie for an extra skater (and as such play 6-on-5 with no one guarding their goal), so even if the lead is just one, the leading team usually has a chance to put the game away with an easy goal and swing the puck line bet one way or another. Some teams are much more aggressive than others when they tend to pull their goalies, so paying close attention to coaching decisions matters more here than in other situations.

Most books offer pre-game lines on just the first period, which tend to go along with the money lines rather closely but may differ due to the increased likelihood of a tie after one period. Over/Unders are also commonly offered in a single period.

The most popular player props for hockey include “will Player X record a goal/assist/point” with yes and no each having an offering. One nice way to play these if the opportunity presents itself is to string together a series of “no” bets (almost always “no” will be the most likely outcome, with strategy touched on later) in a parlay to create a higher risk, higher upside play. Goalie Saves (any shot on goal that does not result in a goal scored counts as a save) over/unders are offered as well.

Bettors who elect to avoid betting on a single game can wager on hockey in a variety of different ways. The most common futures bet in hockey is on the winner of the Stanley Cup, the NHL’s grand prize awarded at the conclusion of the 16-team playoffs. Other offerings include team point totals (betting whether a team will finish over or under a certain point threshold, in the NHL’s 82-game season a team is awarded two points for a win, one point for an overtime/shootout loss, and zero for a regulation loss), conference champions (one in the East and one in the West), and division winners.

Now when you know how to bet on the NHL it’s time to understand some NHL betting strategies.

As with all sports betting, the key trait a successful bettor has is patience. It’s tough to beat the book if you are betting on every line offered. To turn a profit, you need to develop a system that outperforms the sportsbook. Very few can do this on every line, but from time to time, an edge appears that the savvy bettor can jump on. Creating a system that outperforms the sportsbook in certain situations isn’t easy, but it is the most surefire way to keep a consistent advantage.

Use the analytics movement.

Hockey’s analytics movement is still in its infancy, especially compared to the NBA and MLB, but those insights can be used to create an advantage. While goals are critical, they are also random to a large extent. A better way to predict future success is to look at shots, which are very sticky over time, and even Expected Goals, which have some flaws but are becoming more predictive as we learn how to account for previously unforeseen biases.

Using a combination of these two factors while adjusting for recent play and opponents is a great way to set a team’s baseline performance projection that you can then apply to the betting sphere to judge the variety of bets offered.

Entering the 2018-19 season, the St. Louis Blues were expected to be a very competitive team, with some even predicting a division win in their future. One-third of the way through, however, the Blues were among the worst teams in the league in all facets, leading to their coach being dismissed. This allowed individuals to jump on what was supposed to be a good team that was vastly underperforming their baseline at great odds.

In addition to their favorable game-by-game prices, some brave souls even bet on the last-place team in the NHL to win the Stanley Cup at 200/1. As the history books will tell, the Blues turned a corner, becoming one of the league’s best teams down the stretch and riding that solid play for the franchise’s first Stanley Cup victory.

Stick to the system

In a high-variance sport like hockey, where one bad bounce can sink a team, or one goalie can steal a game on any night, the essential thing a bettor can do is stick to the system, as it may take a long period to achieve the edge your system is expected to produce.

The dream of every young hockey player is to one day make their debut in the NHL, and the NHL draft is the start of making that dream come true. In the NHL is where you find almost all the biggest stars of the sport (with growing competition from the Russian KHL). The Stanley Cup (which is the oldest professional sports trophy in North America) is awarded to the champions of the playoffs.

The NHL was founded in 1917 with only 4 Canadian teams and expanded into the US in 1924 when the Boston Bruins joined. Step by step, more teams were added, and today the league consists of 31 teams (24 US and 7 Canada).

The NHL is the most popular hockey league globally, whose 82-game regular season culminates in a 16-team best-of-7 playoff. The Stanley Cup Final is among the most-watched hockey in the world, along with the hockey played at the Winter Olympics every four years. Before you bet on NHL, you should read our NHL betting strategies guide.

Other international tournaments, such as the World Championships and the World Junior (U20) Championships, occur annually and offer a secondary hockey source to those who want to bet on more than just the NHL. The NHL also sponsored a “World Cup of Hockey” event in 2016, pitting nations (along with a U23 “Team North America” and a combination of smaller European countries as “Team Europe”). This event’s future remains in doubt as the NHL is set to determine whether it will allow its players to participate in the 2022 Olympic games.

The NHL currently contains 31 teams across the US and Canada, with Seattle set to join the league to begin the 2021-22 season as the 32nd team. Since the Stanley Cup was awarded to the NHL champion in 1927, the Montreal Canadiens have the most titles at 24, the last of which came back in 1993. In more recent times, the Cup has traveled back and forth between Boston, Los Angeles (2x), Chicago (3x) and Pittsburgh (3x, including two in a row in 2016 and 2017) from 2009-2017 before two newcomers, Washington in 2018 and St. Louis in 2019, broke franchise-long droughts to secure the title.

Hockey itself has roots in the Northern Hemisphere, predominantly played in Canada, the United States, and Northern Europe. The top tier of countries in International play usually consists of five central teams: Canada, USA, Finland, Sweden, and Russia. The only time since 1940 one of these teams hasn’t been awarded the Gold Medal at the end of a Men’s Winter Olympics in Ice Hockey was in 1998, when Hockey Hall-of-Famer Dominik Hasek backstopped the Czech Republic to gold with one of the most outstanding goalie performances in hockey history, stopping 149 of 155 shots in the tournament and allowing only two goals total in three elimination games against the most talented teams in the world.

Any question of the greatest player to ever lace up the skates can be briefly answered with three words: The Great One. Wayne Gretzky holds numerous NHL records, including most goals, assists, and points in a regular-season and his career. He was the NHL’s most valuable player from 1980 to 1987, taking the torch from legends like Bobby Orr in the 70s and passing it to Mario Lemieux at the turn of the decade.

The Great One – Wayne Gretzky