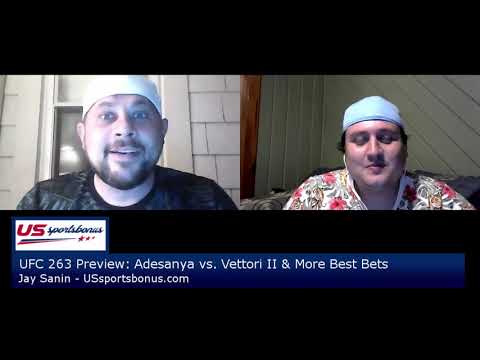 This title fight, just like the main event, is a rematch. The first fight took place this past December. It was an absolute war for the ages that resulted in a draw. With the damage sustained by both fighters and the relatively short turn around time, we should not expect to see any new developments in the games of either fighter.

✅ The first fight showed us that Brandon Moreno can take a beating like very few in MMA can. He stood in there and ate dozens upon dozens of power shots from the biggest hitter the division has ever seen. He fired back throughout, mixed in grappling well and earned a draw as a sizeable underdog. He will absolutely need a repeat performance, particularly from a durability perspective if he is going to equal or improve upon the draw. He should look to wrestle more, as he is not eating the Figueiredo bombs when the fight is on the mat. Additionally, Moreno in top position will be able to stay safe and earn valuable control time.

✅ On the Deiveson Figueiredo side, his game plan will not be changing. He comes in and hits his opponents harder than anyone in the division can. This almost always leads to a finish for him, but Moreno surprisingly stood in there and took that beating the first time. Less than six months removed, I would be shocked if anyone’s chin can hold up in a war with Figueiredo a second time. If there is a weakness to the Figueiredo game, it would be takedown defense. He however has shown he has an absolutely nasty guillotine and it gives him yet another avenue to finishing fights.

✅ It was truly shocking and amazing to see Moreno stand in there and take the power shots the first time, but I simply cannot envision an encore. Figueiredo will come back and finish the job this time, and a finish actually comes with a plus figure price tag. Instead of laying the -230 flat on Figueiredo, we will take him ITD at a friendly +120.