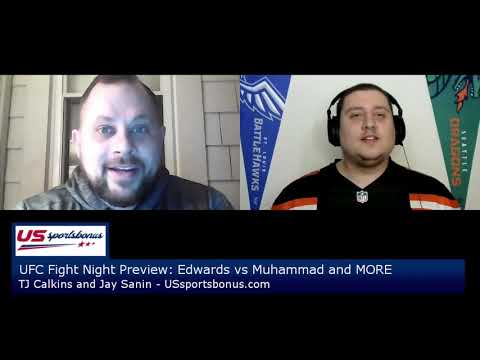 Eryk Anders is a fighter that I would deem to have completely peaked, and certainly does not have a ceiling to speak of, as I thought one of those might have existed after his fight with Lyoto Machita back in early 2018.

His striking is not of the volume variety, is not high end and he doesn’t bring a true power element like we (I) thought might exist a few years ago. He has just one finish win and two wins overall in his last six fights, and now enters a very rough stylistic matchup with Darren Stewart.

Stewart is fresh off a strong showing against the quickly ascending Kevin Holland, and notched his first career submission win prior to that. He has an advantage in every facet of this fight with Anders, and the one key he will have to be sure of is to be well aware on his takedown defense.

✅ Stewart is the quicker and more dynamic striker to be sure, and will likely have a small volume advantage as well. Stewart will noticeably run away with the striking exchanges as this fight progresses.

✅ Stewart will also be the better conditioned fighter, and even if he drops round 1, no need to panic. Stewart could truly come alive later in this fight, and if he is landing bombs or big ground and pound late in this one, Anders will not have an easy time surviving as Kevin Holland did.

✅ This is simply a case of Anders lacking true paths to victory, and a very friendly -185 flat line on Stewart. He will be our UFC pick in this fight.