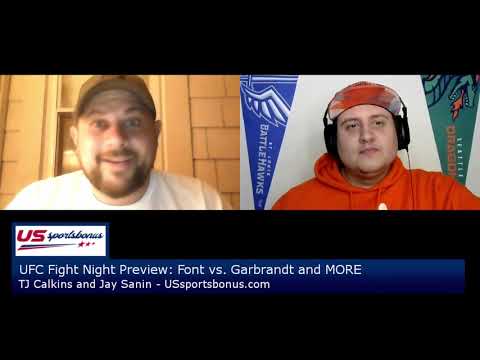 ✅ Bill Algeo is a very well rounded fighter with high fight IQ that knows how to win. After a loss on DWCS, he made it into the promotion and debuted admirably against Ricardo Lamas in the toughest fight of his career. That fight earned fight of the night honors. He followed that up with a dominant performance against Spike Carlyle. Algeo is a mentally tough fighter and that will be his biggest advantage in this matchup. He will bring a game plan to frustrate his opponent and take away the game plan of Ricardo Ramos. I expect a lot of clinching, keeping the fight in close and taking it to the floor when available. He will simply neutralize the dangerous elements of Ramos.

✅ Ricardo Ramos has strong points to his game. When he can throw explosive strikes from range he can be dangerous in the stand up. Far less so in fights that bring a dirtier style. I feel Ramos does not have the mental fortitude for more of a grinding pace, and he will be at a massive disadvantage there as Algeo dictates where the fight takes place. Now, Ramos is an excellent grappler, particularly in top position. If he is able to score any takedowns, it will be a worry for Algeo. However, Algeo is a very good and funky grappler himself, and it would be at least moderately surprising if Ramos was able to finish Algeo on the floor.

✅ All in all, we are going to see Algeo close the distance and fight the fight that Ramos does not want to. Algeo will neutralize the range striking danger from Ramos and I think he will be the fighter that spends more time on top on the floor. I believe the frustration from Ramos will be visible as the fight wears on, and ultimately Algeo has his hand raised via decision or late finish. Algeo flat is the play.