The Philadelphia 76ers and Washington Wizards will face off in an Eastern Conference playoff matchup. For the Sixers, they fully expect to represent the East in the NBA Finals. The Wizards are looking to pull off a first round upset, though Russell Westbrook and Bradley Beal wouldn’t dare tell you that they are the underdogs here.

This is sure to be a fun game from start to finish and we are here to bring you elite predictions for both against the spread and over/under. Let’s dive into how this game will go down and who will end up covering the spread. 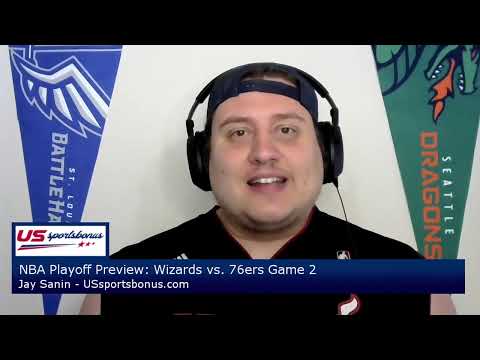 This game will take place at 7:00 PM ET at Wells Fargo Center

Why bet the Wizards:

✅ The injury fortune in this series took a massive turn in Game 4. Instead of the ailing Washington Wizards being swept, the tides turned in a massive way, Russell Westbrook looked as healthy as he has all series, and the 76ers were dealt an injury blow in turn. Philadelphia 76ers center Joel Embiid suffered what could be a significant knee injury, and he could potentially miss the remainder of the series. Make no mistake, Embiid is the 76ers top player and this drastically changes their outlook.

✅ Prior to Game 4, the Wizards were getting little to no help from their role players in this series. Davis Bertans is now out, but the Wizards got admirable production from the other big men after Embiid left the game. Rui Hachimura and Daniel Gafford were big contributors, and even back up center Robin Lopez made his presence felt. If the Wizards bigs can continue to produce against the 76ers sans Embiid, we may have a brand new series on our hands.

✅ The Wizards are not a high end three point shooting team by any means, but they were able to get the job done in Game 4 despite a lack of contribution from behind the arc. With Embiid out of the lineup, all they will need to stay competitve and perhaps win outright is to shoot a reasonable percentage. That is to say they just need to avoid the laughable 9% clip they shot at in Game 2, which is pretty easy to do.

Where do the Washington Wizards play their home games?

The Wizards play their home games in Capital One Arena.

Where do the Philadelphia 76ers play their home games?

The 76ers play their home games in the Wells Fargo Center.

Where can you watch 76ers vs Wizards?

You can watch this game nationally on NBA League Pass.

Where can you bet on Wizards vs 76ers?

USsportsbonus recommends BetMGM Sportsbook to get the best odds and betting options on the game.

The Philadelphia 76ers and Washington Wizards are two of the original NBA franchises and they’ve played a ton in result. The 76ers originated in 1949 while the Wizards came around just 12 years later in 1961. They’ve played over 330 games against each other since with the Sixers holding a comfortable edge.

That’s no surprise when you consider the Sixers are older and have multiples dominant teams in their history. With all of that being said, none of that matters tonight when these two teams face off. This is a game that either team can win and we will be the ones to break that down for you.

If you’re looking for 76ers vs Wizards against the spread and over/under predictions, this is the place for you. Make sure to check them out above as we will have every angle covered for you.

Washington Wizards vs Philadelphia 76ers Against the Spread Predictions

When making a wager against the spread for the Wizards vs 76ers, you have to pick which team will win the game and by how many points. While this might seem like a tough task at first thought, that’s why you are here. This is the most popular way to wager on NBA games as it’s the only way to get even money on both teams.

Let’s say the Philadelphia 76ers are favored by 6.5 points over the Washington Wizards in this game. In this case, a wager on the 76ers would call for a win by seven or more points while a bet on the Wizards would require either a win by any margin or a loss by six or fewer points.

It’s important to consider every factor when making a wager against the spread as it is the most popular way for sportsbooks to field money on NBA games. That means they will ensure the number is sharp. Make sure to check out the Washington Wizards vs Philadelphia 76ers against the spread predictions above.

If you’re not sure which team will win the game, but have a feeling on whether the game will be higher or lower-scoring than expected, the over/under is a great way to wager. Betting the over/under comes down to picking whether the Philadelphia 76ers and Washington Wizards will combine for more or less than a certain amount of points.

For example, let’s say the over/under between the Wizards and 76ers is set to 223.5 points. In this case, a wager on the over would require 224 or more total points while a bet on the under would ask for 223 or fewer total points scored. This is the second-most popular way to wager on NBA games and the only other way to find even odds.

Make sure to check out the 76ers vs Washington Wizards over/under betting predictions above as we will let you know which side of the total to be on. You will not want to miss out, especially for free.

If you’re not a fan of betting against the spread or total, the moneyline is a simple wager that casuals like to make. Betting the moneyline refers to picking which team will outright win the game, allowing you to ignore both the spread and total. With that being said, you must ensure there is proper value when placing this bet.

With the moneyline being a bet a lot of casuals like to make, you can be sure sportsbook will do their best to make the price as high as possible. This means you have to make sure there is enough value on the bet, and we are here to do that for you.

When betting the moneyline, you must make sure that the team has a legitimate shot at wining the game. While the Wizards aren’t nearly as strong as the 76ers, this is a game anyone can win and we will be the ones to let you know which side to be on. Make sure to check out Wizards vs 76ers moneyline predictions above.

Odds tend to change in the NBA more than any other sport and it’s by no accident. With shootaround at about 10 in the morning, news tends to come out afterward and is sometimes not out until just minutes before the game. Things change a lot in the NBA and it’s our job to react quickly before the line can move.

Line movement when betting NBA games can be the difference between a winning and losing night. Make sure you stay patient and check out the predictions above as we will let you know which side of the movement you should be on. Don’t be afraid to wait on line movement as it can often pay off.

On the other hand, sometimes you might want to let the line ride. If you’re on the other side, you might be able to get a far better value on your bet by waiting. Remember, check out the 76ers vs Wizards odds and predictions above to know which side of this game to get tuned into.

When it comes to live streaming NBA games through sportsbooks, the United States doesn’t give us any options just yet. That is sure to change with the legal landscape of sports betting under constant progress, and we will be the first ones to let you know when that happens.