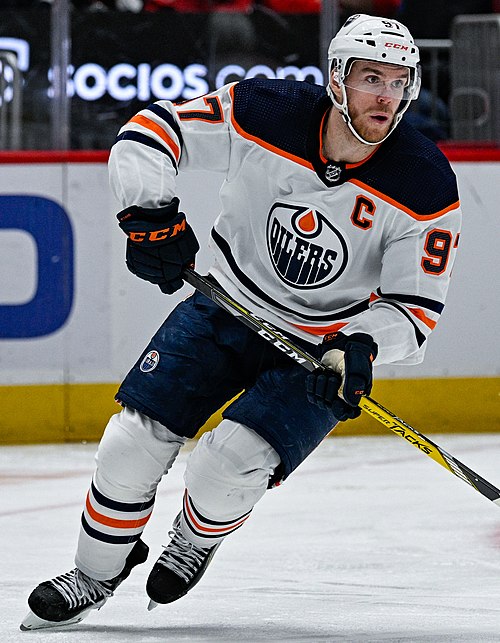 Connor McDavid, the reigning MVP of the National Hockey League, has joined BetMGM as a brand ambassador for the iGaming operator.

"I am very excited to partner with BetMGM as they continue to shape the future of sports betting. It's also a real honor to be on the same BetMGM team with star athletes like Wayne Gretzky and Kevin Garnett, both of whom I admire very much," said McDavid responding to his new role.

"The accomplishments that Connor has already earned on the ice are astonishing, and we are excited to welcome him to the BetMGM family. We look forward to working together to engage BetMGM players across North America," said Matt Prevost, the Chief Revenue Officer of BetMGM.

As the pioneer of sports betting and the online gaming industry, BetMGM was established under the MGM Resorts International and Entain Holdings partnership to provide exclusive access to all MGM in the US and online sports betting.

In February 2022, BetMGM announced its strategic partnership with SportsGrid to integrate BetMGM content across its live programming.

"This collaboration allows us to further expand BetMGM's reach to our fans through SportsGrid's nationwide broadcast network," he added.

"We are proud to deliver real-time BetMGM data and intelligence to millions of sports fans. This relationship with a recognized leader in the industry helps us better super-serve the gaming community and further cements our position as the premier sports gaming and lifestyle network," said Louis Maione, the President and Co-Founder of SportsGrid.

The previous six months have been unpleasant for publicly listed sports betting companies, but MGM has done better than most, owing to its other activities. In that time, MGM's stock has dropped almost 6 percent. Meanwhile, Entain, a London-based company, has lost around 25 percent of its value.

McDavid's contract is just the latest evidence of the growing connection between sportsbooks and American sports leagues, who have fought expanded legality for decades. Following the partnership, BetMGM will not modify any of its products. A complete suite of Oilers and McDavid props will remain available.