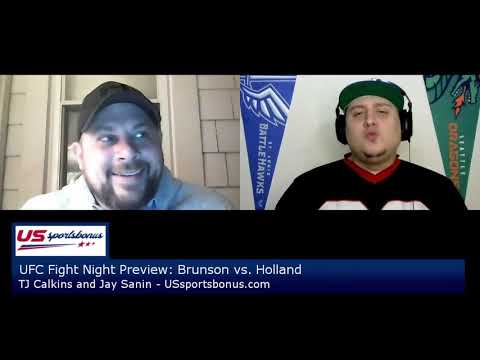 While the betting line on this UFC Vegas 22 fight makes some level of sense, I think this matchup sets up quite favorably for the underdog in Song Kenan. I see the key to this fight is the better finishing ability of Kenan in the stand up.

Now, this is not a high end fight and neither fighter will ever have a true ceiling to speak of in the division. If we were matching up these fighters with specific opponents, I believe Max Griffin might have more wins than Kenan.

✅ This specific matchup, favors Kenan. Neither fighter is defensively responsible in the standup, but Griffin simply does not bring the finishing ability and is a fighter that loves to push forward. Kenan on the other hand prefers to counter, and he brings real power that Griffin does not.

✅ While Griffin is the better wrestler, I’m unsure he can rack up the control time needed to keep the counters from coming in hot and heavy in the standup.

✅ Where I see real value in this matchup is in the +375 ITD line of Kenan. Kenan won’t win in the volume department and he won’t be the fighter initiating grappling, but he will be the fighter with the very real path to a finish.