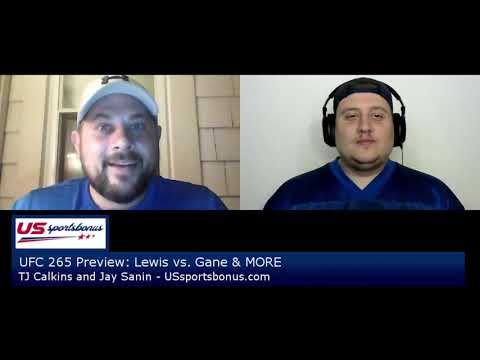 ✅ Entering this fight, I suspected the hype train for Manel Kape would be slowing to stopped. I was wrong, as he was as much as -220 favorite last week. We have seen a lack of volume and an inability to truly be settled or dangerous in his first two UFC fights. These results have not been due to a lack of cage time, as both were decision losses. Kape’s first fight against Alexandre Pantoja was a fully understandable loss, and it was essentially a one sided fight. The follow up against Mattheus Nicolau however, was more telling on where Kape actually sits in the flyweight division. While that decision was a close fight, it does not bode well for Kape to make any giant leaps forward in the division.

✅ If you do not remember Ode Osborne fighting at flyweight, your memory is not failing you. His normal weight class was bantamweight, but his last fight was featherweight. Now he makes the cut down to flyweight and he will be big and long for the division. He will have 2” of height and 5” of reach in this fight and he will be the busier striker. He is probably at a bit of a power disadvantage but will certainly be the busier, quicker and more diverse striker. He will be able to land from the outside and will be able to surge inside to land and get back out. While Osborne is not a better wrestler than Kape, he is the superior BJJ fighter and threatens submissions well off his back. This will be an equalizer if Kape decides to wrestle.

✅ With the underdog having the volume and size advantages, it is much easier to see the paths to victory for Osborne than it is for Kape. When it comes to potential submission finishes, that advantage lies with Osborne, and I deem him much more likely to get the nod if it goes to the judge’s scorecards on volume alone. With multiple paths to victory and a +170 price tag, Osborne flat is our play.