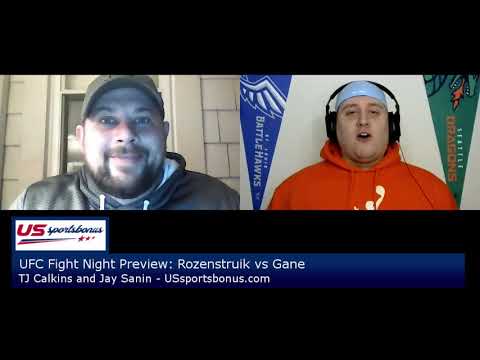 Both of these light heavyweights will try to build on their recent success, and without beating around the bush, it is more likely to be Dustin Jacoby. Let’s dig into this UFC Vegas 20 fight.

Jacoby is certainly the more advanced striker of the two, and he is an extremely strong starter. He puts it on his opponents in that first round and more often than not, has a KO to show for it.

This is his second UFC stint, as he had a pair of losses in the promotion, but was released back in 2012. He went on to have a strong kickboxing career, while mixing in MMA fights as well, before earning his way back to the promotion on Dana White’s Contender Series.

He followed that up with a first round finish of Justin Ledet and will look to build on that against Maxim Grishin. Jacoby will be the busier and more dangerous striker in that first round, and it is likely to be more than Grishin can handle. Grishin is unlikely to be able to put his game to work any time before ethe second round.

Grishin is a large light heavyweight and does have some pop to his strikes. He is somewhat rounded but is certainly the better grappler in this fight, and will certainly have the better cardio.

Jacoby tends to have a one round gas tank, and has always had deficiencies in his grappling game, particularly once he gasses. These will be the advantages Grishin would need to press should the fight make it past that first round.

With the fairly clear cut paths to victory for both fighters, we will have two plays in this fight.

✅ The first will be a Jacoby win in Round 1 priced at an extremely attractive +400.

✅ The second will be for the fight to end ITD at an equally attractive -120. If Jacoby is unable to get the job done in Round 1, he will likely be put on the floor and finished later in the fight.