The Boston Celtics and Chicago Bulls are two of the most experienced teams in the history of the NBA when it comes to winning championships. In this game, both teams will look to move closer to that goal once again as they seek a victory over one another. In this round of NBA picks, we put the Celtics and Bulls under the microscope and give our best bet for this contest. 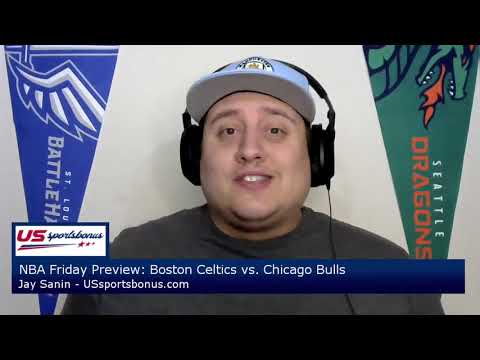 This game will be played at 7:30 PM ET at United Center

Why bet the Celtics:

✅ The Boston Celtics look worse than the Chicago Bulls on the injury report right now, with Jaylen Brown set to miss this game and Robert Williams questionable. But the Celtics should have Tristan Thompson available. And while Nikola Vucevic and Zach LaVine are both back for the Bulls, this is their first back-to-back since their returns. Expect some struggles with that for Chicago.

✅ Even though Nikola Vucevic is back for the Bulls, he has struggled with his consistency of late, especially with his perimeter shooting. Vucevic has suffered a slight regression with his shot that could cost Chicago against Boston. With the Celtics being led by the hyper-consistent Jayson Tatum, expect Boston to get timely buckets more consistently here.

✅ The Chicago Bulls are one of the worst home teams out of any playoff-adjacent squad in the NBA. They are just 12-20 straight up at home this year, and that low level of play at United Center has cost them their chance to make the playoffs in the East. Because of their woes at home, the Bulls now have to hope that the Wizards and Pacers lose some games at the end of the regular season to have a chance at the East playoffs.

Which team has the better history?

The Chicago Bulls and Boston Celtics both have a rich history, with the better overall team being a matter of personal preference. The Boston Celtics ran through the East and West and won more NBA Finals than any team in history. But the Chicago Bulls' performances against the West winners as the NBA reached new levels of popularity are valued more by some basketball fans.

Is Bulls vs Celtics a rivalry?

Despite both of these sides being among the best to ever play the sport, there isn't a huge rivalry between them. When Chicago was at its best, the Celtics' level of play was down. And during the golden era of the Boston Celtics, the Bulls had not yet reached the heights they had since. They have had some playoff matchups in the past, but nothing with too much bad blood.

What is the key to this game?

The key to this matchup is poise. Against fellow historically great franchises, the ability to limit turnovers and execute well enough to score points consistently is massive for Boston and Chicago. Against fellow contenders, that ability to pay attention to detail in nervous moments is what separates the champions from those who cannot reach those heights.

When making predictions on this game between the Celtics and Bulls, we evaluate the way each team is playing and make determinations based on the stats from those previous games. We also look at the matchups for this coming game to make the best possible projections as to how many points each side will score when Boston and Chicago play. Using those projections, we are able to make predictions against the spread, as well as in the total and moneyline markets.

Bulls vs Celtics Against the Spread Predictions

When betting on the NBA against the spread, the goal is to figure out which side is going to win the game after the point spread is applied to either side. The point spread takes points off of the score of the favorite or adds points to the score of the underdog, depending on which side a bettor takes. Because of that, favorites need to win games by enough points to cover the spread, while underdogs just need to keep the game close.

The over/under for matchups between Boston and Chicago are all about points scored. Bookmakers will set a projected number of points that the two sides will combine for during a game. It is then up to bettors to predict whether the points scored will go over or under that amount. This market makes every possession of games feel important as every made three-point shot, dunk and missed shot has an impact on the fate of the total each night.

The moneyline betting market is something where no two games are ever alike. In back to back games a squad can go from winning easily to getting blown out over the course of a season. Because of that, bettors need to evaluate each game on each night carefully, as any team can win if they raise their level in a one game sample.

Odds for games between Chicago and Boston are calculated using a series of criteria. The way each side has been playing over the course of the season is a major factor. But injuries are often a bigger decider of the odds for basketball games. NBA rotations are short enough to where one member of the Celtics or Bulls sitting out can turn a favorite into an underdog and vice versa.

Fans who want to watch games between these sides can do so using several online streaming services. YouTube TV, Hulu and FuboTV all regularly carry games during the basketball season. And NBA League Pass is another way to reliably take in action from the National Basketball Association all season long. Either way, fans have plenty of options to choose from.